The Art of Filmmaking

Designed for budding creative visionaries, who want to explore filmmaking as a hobby, and learn the key skills involved in building a story, directing and editing a film.

Students learn how to develop a story idea, script, characters, storyboard, and a production schedule for the completion of a short film. In addition to the technical aspects of creating a film and/or video project, students will study various film styles.  This course is offered as a one or two-week program. Week one will focus on story, script and production schedule development. Week two will focus on film production and editing. Each student will produce a short film. 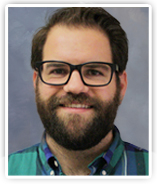 Jared Spires directs the Upper School Video and Film Production at San Domenico. He championed the development of the department in 2015. The Video and Film Production Department at San Domenico is now one of the few four-year film programs offered in the Bay Area. Spires graduated from the Academy of Art University with a BFA in Directing Motion Pictures and Television. He has taught and mentored multiple students who have been accepted into well-renowned film festivals and has helped multiple students gain acceptance into revered film schools. Jared’s philosophy in filmmaking and visual storytelling is to really understand “the story” before even thinking about starting production.