This digital music workshop provides high school (or advanced middle school) musicians the opportunity to immerse themselves in the art of digital music and composition from both a musical and technical standpoint. Over the course of the week, students will go through the process of creating original songs/compositions, from brainstorming, to form, to editing and mastering, culminating in a 2-3 minute track.

Students will listen critically to example works, complete skill building exercises, and listen to and critique peer music throughout the process in a collaborative group setting. They will learn the basics of midi controlled instruments, digital effects, and mixing and mastering using the provided Logic DAW and midi keyboards (extensions will be available for students with experience using Logic).

This is a condensed version of the Digital Music and Composition course offered at San Domenico.

This program is designed for children aged 12-18. 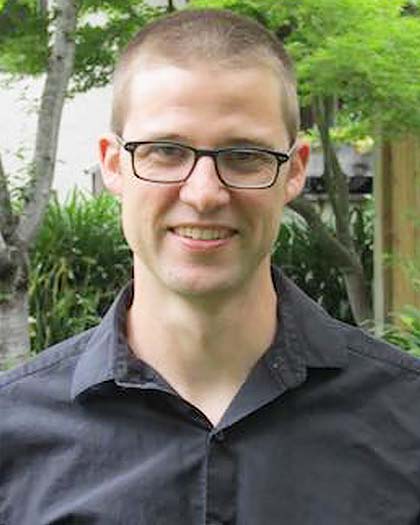 Kevin Gordon is a composer, bassist, and educator based in the San Francisco Bay Area. Able to compose and perform in a large variety of styles, his works range from pieces for full orchestra, to jazz combos, to rock/pop, and he is adept at composing for both live players and using music software. Gordon’s concert works have been performed by the American Symphony Orchestra, the Da Capo Chamber Players, and the ECHO Chamber Orchestra. He was awarded the Jacob Bruckman Memorial Prize for excellence in composition for his piece "Saint Magnus Dance," which was performed by the American Symphony Orchestra, on May 23, 2008 at the Fisher Center for the Performing Arts. His music for film has won two NYU First Run film festival best original score awards ("Opening Night of the Living Dead" [2010], a musical comedy film by Jonathan McDevitt, and "There’ll Be Peace When You Are Gone" [2009], a film by John De Minil).

He was a music composition and double bass major at Bard College (2008). There he studied with Joan Tower, George Tsontakis, and Keith Fitch. Gordon graduated from NYU Steinhardt in 2012 with a Masters in Music (Scoring for Film and Multimedia), where he studied with Michael Patterson, Ron Sadoff, and Tim Starnes.

In addition to his position as the Director of Contemporary Music at San Domenico School, Kevin Gordon is also a Teaching Artist with the San Francisco Opera, and teaches private lessons and ensemble coaching.