Learn How to Make Cool Stuff!

From stools to stilts, campers have the option of building teacher directed projects or creating their own projects. While learning the responsible use of hand tools and woodworking techniques, Craftsmen Kids have the satisfaction of creating various wood projects to take home! Have a blast in the "TAKE APART" area. Discover how telephones, DVD players and other home appliances work. Class size limited to a maximum of 12 students to insure each Craftsmen Kid receives plenty of individual as well as group instruction.

Bring your own lunch. Snacks will be provided.
Location: Makers Lab 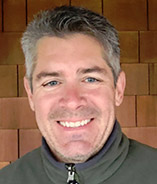 Chris Gerner is a General Contractor and native of California. He grew up in Sebastopol and started building as a young boy with his father, who is also a builder. While attending UC Santa Barbara, he spent his summers working with his father. After he graduated, he moved to Seattle to sell large machine tools for the aerospace and semiconductor industry. Having never lost his love for building or the outdoors, he moved to Colorado to work with the founder of Reeski, a sustainable furniture company. In 2000, he moved back to California to start his own business as a General Contractor. He is married to Sandy Gerner and they have three children – Ben, Charlotte and Samantha – all San Domenico students since Pre-K.

After being in business as building contractor for 25 years Brian decided to change careers and go back to school in 2000 after working with children at his local church for many years. He completed his B CLAD credential at Sonoma State in 2004 and has been at San Domenico for 9 years. Brian has furthered his working knowledge of science by taking many professional development courses during the summer and school year. Besides having three children who attend San Domenico he has traveled extensively to Europe and Costa Rica, as well as working with Habitat for Humanity in Africa, relief work in Haiti and orphanages in Mexico. 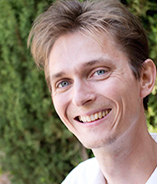 James has his B.S. in Life Science from Penn State University, and holds credentials for teaching Biology, Chemistry, and Industrial and Technology Education. James has taught middle school for the last five years at The Bayside STEM Academy in San Mateo, where he taught science, programming, robotics, and 3D printing. While working for STEM Academy, James trained in design thinking at Stanford University’s “d.school” and developed curriculum for teaching design thinking using technology made popular through the Maker Movement.