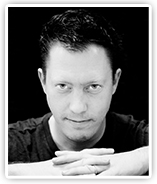 At SD Since
2013
About
Randy Fromme has performed with his wife, pianist Shu Li and taught throughout the Bay Area, Midwest and in China since 1999.  He is an avid chamber musician whose collaborations include performances with Frederica von Stade, Donald and Vivian Weilerstein and guitarist Paul Galbraith.  Former string quartets include the Del Sol and Oberon.  He has played and recorded with jazz musicians including Kenny Werner, Dmitri Matheny and Jeff Marrs and rock bands such as Overseas.
He enjoys sharing his love of music with students of all ages, and currently teaches cello and chamber music in the San Francisco Conservatory Preparatory Division.  He has also taught cello at UC Santa Cruz, given master classes at the Universities of Minnesota and Wisconsin and at the University in Guiyang, China.
Studies include UW Eau Claire, UM Minneapolis and the San Francisco Conservatory, with respective instructors Paul Kosower, Tanya Remenikova, Clive Greensmith and Jean Michel Fonteneau.  He has also studied with Martin Lovett, Janos Starker, Joel Krosnick and Gunther Schuller among others in both solo and chamber music settings.
Randolph and his wife currently reside in San Francisco with their three children, who also study  piano and cello with them.