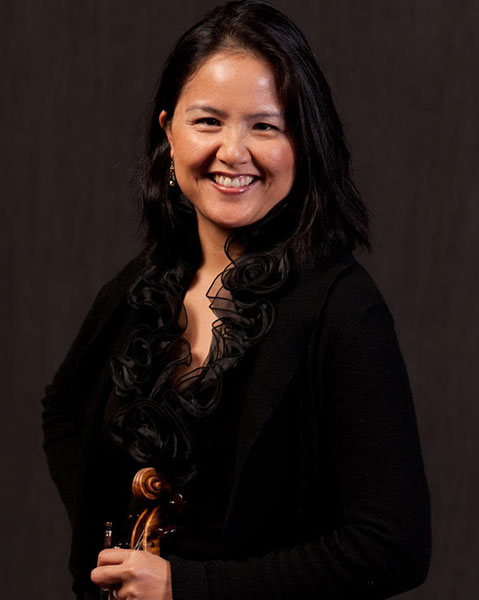 Deborah Tien Price was born in Warwick, RI and began studying the violin with Carol Pellegrino while in the fourth grade. She later earned music degrees from the Eastman School of Music, Louisiana State University, and the San Francisco Conservatory of Music, studying primarily with violinists Camilla Wicks and Lynn Blakeslee. During that time, Ms. Price also lived and studied in Norway, performing throughout the country in ensembles ranging from string quartets to symphonies as well as performing on live television.

Since 2000, Price has been a member of the nationally acclaimed New Century Chamber Orchestra, under the direction of violinist Nadja Salerno-Sonnenberg, and now with brand new director, Daniel Hope. An established member of the Bay Area music scene, Deborah can also be heard in the Skywalker Symphony Orchestra, the San Francisco Opera, The Farallon Quintet, SF Contemporary Players, and in San Francisco’s top musical theater productions, as well as with the Houston-based River Oaks Chamber Orchestra and Rhode Island's Music on the Hill Festival.

Price also devotes considerable energy to teaching and encouraging aspiring musicians through private study, classes, and chamber music. She is currently a guest artist at Tamalpais High School and has served on the faculties of The Crowden School, SF Community Music Center, the Marin Music Conservatory, Louisiana State University, and The University of Colorado. She resides in Mill Valley, CA with her husband, violinist and composer, Evan Price, and their daughter.