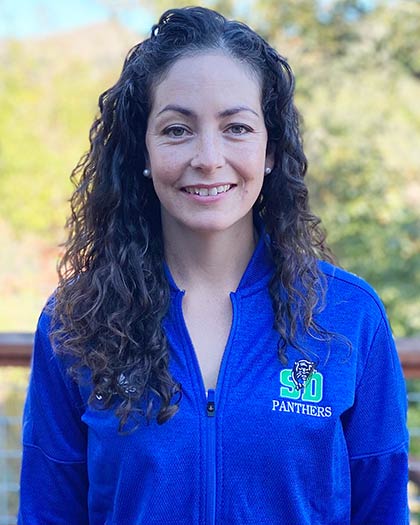 Fiona attended the University of San Francisco on an athletic scholarship for soccer, captained the Lady Dons her senior year, was the team's leading goal scorer in 2007, and graduated in 2008 with a degree in International Politics and Latin American Studies. In addition to volunteering at numerous soccer organizations, and serving as head-counselor at the USF soccer camps, Fiona guest-trains local soccer teams in the Bay Area. Fiona is also fluent in English, French, German and Spanish.

Fiona's "soccer-as-life" approach teaches young people to turn their athletic experiences into powerful tools for empowered living. Having seen many examples of how sports can create more confident, successful young people, O'Sullivan says she was "inspired to join SD because of the community of students and faculty. The environment you experience while on campus is electric. The students at San Domenico are driven, have purpose, and are passionate about their work. After I met with Athletic Director, Dan Gilmartin, and Head of School, Cecily Stock, I found that we share the same goals for student athletes. Sports builds character, discipline, and leaders on and off the field."

Creating the right atmosphere and culture can be the toughest initial step for a coach taking over a program but Fiona enters SD with enthusiasm. "I can see in the students and staff that the culture of success is already present on campus. I am excited to take that same attitude and culture to the soccer field."