At the heart of the Virtuoso Program is our exceptional music faculty, whose distinguished members are accomplished professional musicians from around the Bay Area. Students enjoy the privilege of studying closely under and being mentored by our faculty, as well as benefit from masterclasses with frequently visiting guest artists. 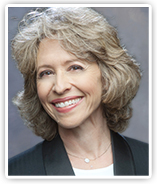 A frequent guest conductor with the Honolulu Symphony, Ms. Krinitsky led concerts on Oahu as well as on tour to the neighbor islands of Hawaii and Kauai. She performed for a crowd of 40,000 at Ala Moana Beach Park as part of the Memorial Day Lantern Floating Ceremony. She regularly conducts Ballet Hawaii's Nutcracker and has enjoyed numerous collaborations with Chamber Music Hawaii and the Onium Ballet Project. She has collaborated with renowned soloists including Midori Goto, Chee Yun Kim, and Zuill Bailey, and has also appeared appeared as guest conductor with the Hawaii Performing Arts Festival String Orchestra, the Maui Symphony Orchestra and Chorus, the Women's Philharmonic, the Camellia Symphony, the Palo Alto Chamber Orchestra, the Marin Chamber Orchestra, and the San Francisco Concerto Orchestra.

Graduating with high honors from the University of California, Berkeley, where she studied with Michael Senturia, Ms. Krinitsky completed three summers of study with Harold Farberman and various visiting artists at the Conductors' Institute at Hartt School of Music in Connecticut. In 1993 she was invited to participate in the American Composer-Conductor Program, designed to allow five conductors and five composers exchange knowledge and expertise.

She is a passionate champion for the music of women composers and has premiered and performed numerous historical and contemporary women composers' works with various ensembles. Ms. Krinitsky received the 2000-01 JoAnn Falletta Conducting Award. Given by The Women's Philharmonic and funded by the Stein Foundation for the Arts and Sciences, the award and accompanying prize money recognize women actively pursuing careers as conductors.

In addition to her conducting duties, she has performed nationally as a violinist and is a published music transcriber, arranger and copyist. She serves as guest conductor and adjudicator at various festivals and competitions. She is married to conductor and timpanist Stuart Chafetz. 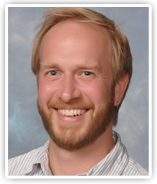 Rob DeNunzio has been managing San Domenico's music programs since 2005 and was chosen in 2010 to head up the curriculum, recruitment, and fundraising for San Domenico’s award-winning Virtuoso Program. A San Francisco native, Rob received his degree in Music from the University of Oregon where he studied jazz guitar performance with Don Latarski, and composition with Dr. Jack Boss and Dr. Robert Kyr. His work as a freelance composer and recording artist has been used in film and television broadcasts, and counts a number of firms such as MTV, Adidas International, and YouTube as licensing clients. After working as the Operations Manager for the Marin Symphony, Rob came to San Domenico to assist in the business management and fundraising database development in the Music Conservatory. Besides his role in the Virtuoso Program, he manages the day-to-day activities of the Conservatory and its twenty music faculty, oversees the instrumental music programs from Pre-K to Grade 12, and teaches guitar to a number of San Domenico students. He lives in Fairfax with his wife Desiree and his two children, Mia and Leo. 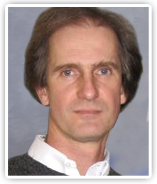 Eugene Chuklov was born into a family of musicians—his father was a concertmaster of an opera company in Russia. He has played violin and piano since age five, and attended music schools during childhood, winning his first competition at thirteen. In 1979, Chukhlov moved from Central Asia to Moscow to study, receiving degrees in psychology and pedagogy at Gnesin College, and a masters from the Moscow Conservatory; he was first violinist in the Arlekin Quartet, and part of the Grand Symphony Orchestra of Moscow (BSO). In 1990, Chukhlov moved to the United States and has played with many groups as a soloist, principal, and concertmaster, touring extensively with a quartet and the Western Opera. In the last few years, he has been busy with family (two children and a well-beloved dog), teaching at Crowden School and San Domenico. He currently has studios in the East Bay and Marin, and plays with the New Century Orchestra, Opera, San Francisco Chamber Orchestra, and the Berkeley Symphony.

Randy has performed with his wife, pianist Shu Li and taught throughout the Bay Area, Midwest and in China since 1999. He is an avid chamber musician whose collaborations include performances with Frederica von Stade, Donald and Vivian Weilerstein and guitarist Paul Galbraith. Former string quartets include the Del Sol and Oberon. He has played and recorded with jazz musicians including Kenny Werner, Dmitri Matheny and Jeff Marrs and rock bands such as Overseas. He enjoys sharing his love of music with students of all ages, and currently teaches cello and chamber music in the San Francisco Conservatory Preparatory Division. He has also taught cello at UC Santa Cruz, given master classes at the Universities of Minnesota and Wisconsin and at the University in Guiyang, China. Studies include UW Eau Claire, UM Minneapolis and the San Francisco Conservatory, with respective instructors Paul Kosower, Tanya Remenikova, Clive Greensmith and Jean Michel Fonteneau. He has also studied with Martin Lovett, Janos Starker, Joel Krosnick and Gunther Schuller among others in both solo and chamber music settings. Randolph and his wife currently reside in San Francisco with their three children, who also study piano and cello with them. 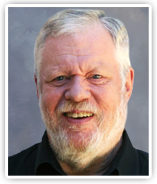 Other orchestral positions include the Freiburg Philharmonic (Associate principal) and the Cape Town Symphony. She has toured and worked with Südwestfunk, Stuttgart Radio, Basel Symphony, and the Mannheim Opera Orchestras. 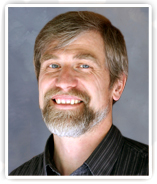 Sergei Riabtchenko received a Bachelor degree from Pushkin Music College in Russia, where he was the Grand Prix winner of the Moscow Young Musicians Festival. He received his Masters from the Moscow Conservatory of Music, and performed with the Moscow Symphony Orchestra until 1990. Upon moving to the United States, Mr. Riabtchenko taught for three years at San Francisco State University and currently performs with the California Symphony Orchestra and the Arlekin String Quartet. He began teaching at San Domenico in summer 2000.