Every December, San Domenico School's cherished holiday tradition, Christmas Tableaux, returns to the stage for one night only. This live interpretation of the story of Christ, as depicted in the frescos of 15th century Dominican Master and artist Fra Angelico, is told through mimes, chants and carols. This show is free to the community but space is limited. Each show has a reception following each performance.

More than one hundred years ago, Dominican Convent High School introduced a tradition known as Christmas Tableaux. The earliest productions were held in Forest Meadows, later moving to a stage setting in Angelico Hall on the San Rafael campus where it remained until 1965 when the San Domenico campus opened.

A highlight of the preparations for Tableaux each year is the selection of students to portray the Blessed Virgin Mary and Saint Joseph. While others in the cast are selected on a try-out basis, the roles of Mary and Joseph are chosen by members of the senior class. These two students are selected by their classmates because they most embody the spirit of the characters they play.

WATCH A VIDEO of the 2017 TABLEAUX PERFORMANCE 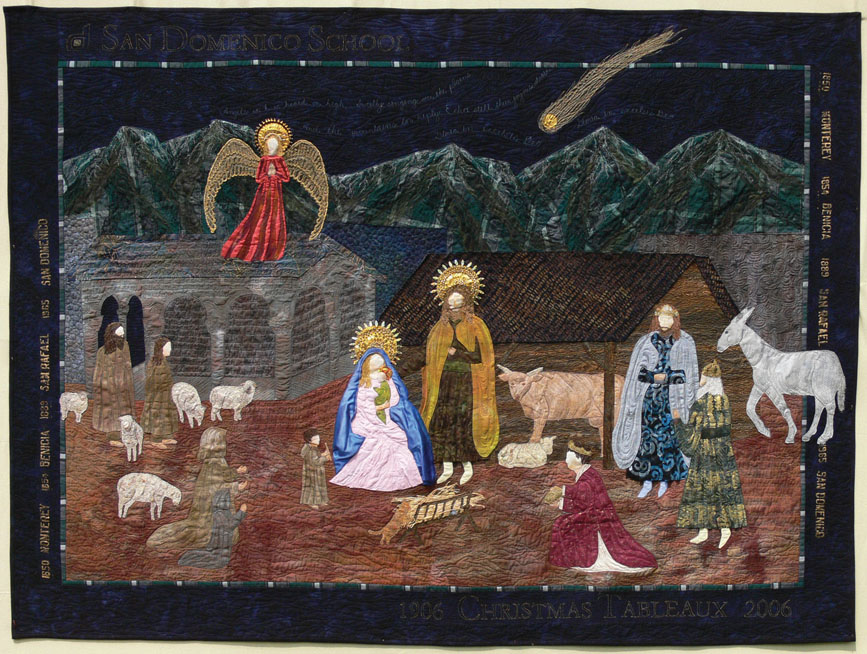 In 2006, graduate Sarah Maleady Smith '75 created this quilt to honor Tableaux's 100th performance. The work of art measures 69 inches wide and 51 inches tall, and is packed with symbolic images and words - even remnants from retired San Domenico winter uniforms. It will be on display during Tableaux's December performance.