San Domenico Upper School Theatre group was excited to perform at the Edinburgh Fringe Festival in August of 2013! 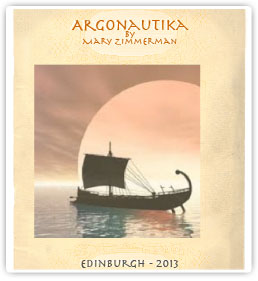 Goddesses… Heroes…. a young sorceress… a journey into the unknown… Harpies… Gods… nymphs… Cupid… prophecies… good… evil…magic… an impossible quest… eternity… all these come together in Mary Zimmerman’s marvelous

Mary Zimmerman spins the tale of Jason and the Argonauts in her stunning signature style of physical theatre, magic, music, beauty, poignancy, and earthy humor. Sent on the quest for the Golden Fleece, the young Jason is befriended by the Goddess Hera, and protected by the Goddess Athena. Jason gathers together the heroes of Greece as sailors for the Argos and the adventure begins. After struggling with Gods, monsters, and the difficulty of keeping a group men on-task, Jason finally reaches the island of Colchis, where the Golden Fleece is guarded by a dragon who never sleeps. Hera and Athena know Jason will never obtain the fleece – or survive - unless he is aided by the teenaged sorceress-princess, Medea, daughter of the King of Colchis…perhaps Aphrodite and her son Cupid can be of help? 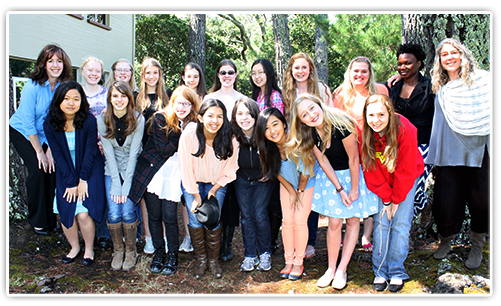 San Domenico high school at the Edinburgh Fringe Festival 2010: On the Verge, or The Geography of Yearning 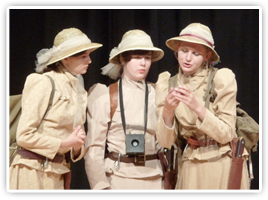 Eric Overmyer’s exhilarating comedy of verbal acrobatics zooms through time and space as three intrepid Lady Explorers set out on the eternal search for Terra Incognita in 1888, driven by eggbeaters and guided by the likes of Mr. Coffee, the Gorge Troll, and Nicky Paradise. As the Sister Sojourners begin to decipher the artifacts from the future littering their path (who is “Ike,” and why does everybody like him?), we find that language is as pliable as time and space in this witty and decidedly feminist journey.

Performances were in the Studio of the Church Hill Theatre (Fringe Venue # 137) on Friday, August 20, Saturday August 21, and Sunday, August 22. Part of our experience at the Fringe was to create and perform an advertisement for our show on a special stage on the Royal Mile—the main drag of the Fringe Festival.

The students were essentially participating in two theatre festivals at the same time, one American and one International. On the American end, they were members of a select group of American High School theatre students, chosen to participate in the American High School Theatre Festival (AHSTF). Our students were also part of an international festival with over 31,000 performances taking place in a period of three weeks. The Edinburgh Fringe Festival is the largest arts festival in the world, with performances of theatre, dance, music, and comedy from around the world.

San Domenico high school at the Edinburgh Fringe Festival 2007: The Secret In The Wings by Mary Zimmerman 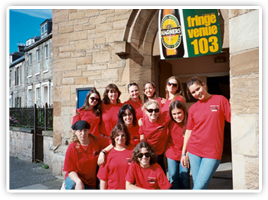 "The different kinds of performances in Edinburgh ranged from random musicals to intense dramas. We sometimes saw more than one show during the day. Later during the trip, I saw an amazing show about immigrants to London who told their stories. It was a great experience to be able to take a piece of theatre and share it with others outside of our community." —Rachel Kaplan

Upon returning to the States, Beth Kellermann was hired to perform as an understudy for one of the leads in Heartbreak House at the Tony award-winning Berkeley Repertory Theatre.