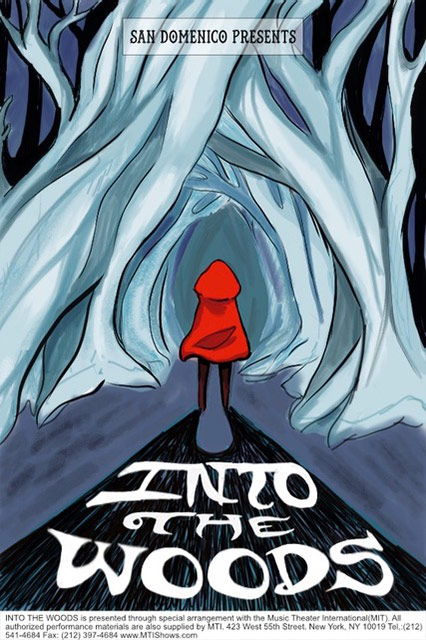 The Tony award winning "Into the Woods" is a musically brilliant, funny and heart breaking show that takes everyone's favorite storybook characters and brings them together for a timeless, yet relevant, adventure...and a rare modern classic.

A Baker and his wife are desperate to have a child; Cinderella despairs of missing the King's ball; Jack’s mother sends him off to sell his best friend (an ancient, milk-less cow) so that they can eat. When the Baker and his wife learn that they cannot have a child because of a Witch's curse, the two set off on a journey into the shadowy woods beyond their home. Everyone's wish is granted, but the consequences of their actions return to haunt them later with disastrous results.