Within our Digital Media Program we study the intersection of technology and the arts, through the language of multimedia, hands-on use of 21st century technology in creative projects, and the role of arts in the digital age.

This class is one component of the visual and performing arts program in the freshman year. In this class, students focus on the art of storytelling through film. As such, students learn how to develop a story idea, script, characters, storyboard, and production schedule for the completion of a short film. In addition to the technical aspects of creating a film and/or video project, students will study various film styles.

This elective course is designed as an advanced and in-depth look into the artistic and different creative styles of the film/video making process. The goal of this course is for the student to professionally tell a story through visual composition, using advanced camera and editing techniques." A final project will involve the entire class producing one 15-20 minute film.

This elective course is designed as an advanced and in-depth look into the artistic and different creative styles of the filmmaking process. The goal of this course is for the student to professionally tell a story through visual composition, using advanced camera and editing techniques. Students will learn the importance of producing a short film through script writing, character development, and basic storytelling. A final project will involve the production of two or three films from one written script. This will allow the students to understand how different a story can be told when different people work on it. The prerequisite for the class is Film 1 or Film 2.

Students will begin the course with an introduction to the history of American photography and iconic photographers from the 20th century. Students will learn the basic functions of the digital camera while learning how to frame the image and use the “rule of thirds.” Editing applications for the iPad will be introduced, but basic editing strategies will be emphasized. Students will have access to digital cameras provided by the school, but a digital camera is highly recommended for this course.

Students will continue to hone their skills learned in Photography 1 and will explore the variations and flexibility of digital photography. Students will also analyze the works of their peers through verbal and written critiques, and deepen their engagement with problem-solving behind the lens of the camera in order to create thought-provoking images. Students will be expected to present their work bi-weekly throughout the semester. In addition, the class assessments will include presentations on artists, reading and analyzing texts, and discussions on documentary films and artists. Students

Students in Mr. Iskindir’s freshman photography class take to the outdoors to experiment with different ways of manipulating light. 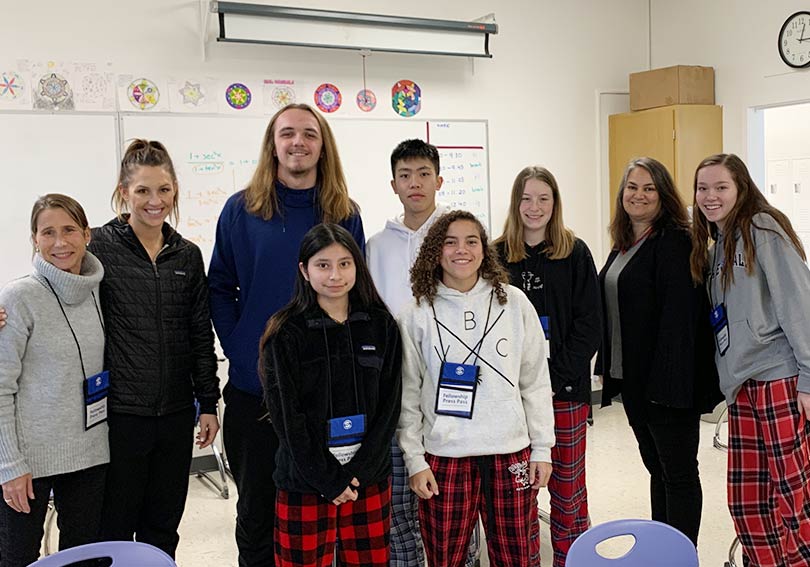 What began with lunchtime meetings has turned into a team of students using the power of photography, filmmaking, writing, and podcasting to share their stories.