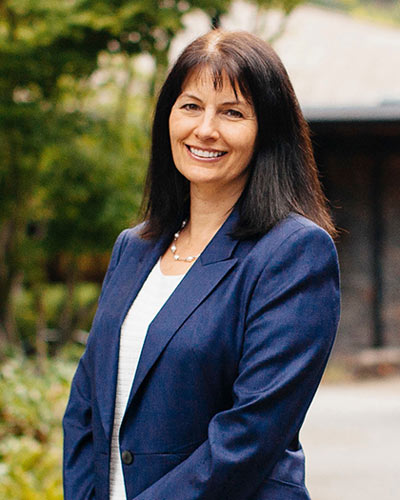 Cecily Stock comes to her position as Head of School at San Domenico with deep ties to the SD community. She moved to the valley in which our campus is located as a child and attended San Domenico High School. Cecily graduated from SD in 1977 and went on to earn a master's degree in clinical psychology from the Alliant University School of Professional Psychology in San Diego, CA, and a law degree from University of California at Davis.

Cecily returned to San Domenico in 2000 as a learning specialist, became Academic Dean, and then Middle School Division Head, before stepping into her current position in 2012 as Head of School. Under Cecily’s leadership, SD has been recognized for its leading edge programs in performing arts, technology, and sustainability. In 2014 the U.S. Department of Education honored San Domenico with a Green Ribbon Award for Excellence in Sustainability, one of only three schools in California to receive this distinction. Cecily is a featured Common Sense Media 1-to-1 Expert Educator and a contributing blogger at The Association of Boarding Schools.

Cecily and her family live in San Anselmo, CA. She has three children, two of whom are in college.