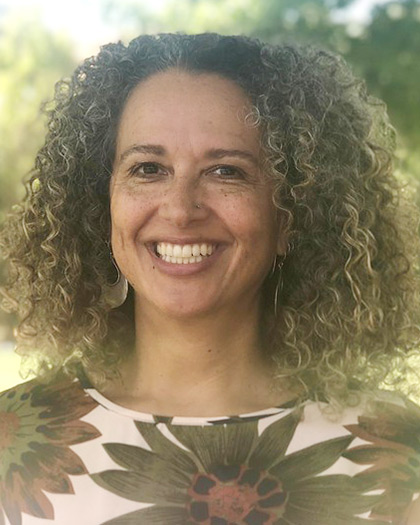 Director of Diversity, Equity and Inclusion

Kali Baird was born in New York City, and grew up in Sebastian, Florida. She earned her BS from Florida Institute of Technology and her MS from Mississippi State University. Kali spent 27 years as a classroom teacher of several subjects, spanning grades three through nine. Soon after starting at San Domenico, as the sixth grade science teacher in 2010, the role of Middle School Technology Facilitator was added to her job description. In this role, Kali worked with the Director of IT, the Middle School Director, and the Technology Team to design and launch San Domenico's 1:1 iPad technology integration program in 2011. In 2014, Kali transitioned out of the classroom and became the K-8 Technology Lead and the Director of High School Advising. In 2015, Kali stepped into the role of Director of Education Technology, K-12 and in 2016, added Associate Director of Teaching and Learning to her responsibilities.

Beginning in 2017, Kali co-chaired SD's first Diversity, Equity, and Inclusion (DEI) Committee with Jason Clarke, and became the Director of DEI 2019. Kali served on the strategic planning committee for SD2021 and was also a member of the 2020 WASC Accreditation Steering Committee.

In 2020, Kali became our Director of Residential Life. In this role, she supports and leads our regional and international boarding program that welcomes students from the Bay Area, greater California, the United States and from myriad countries around the world.