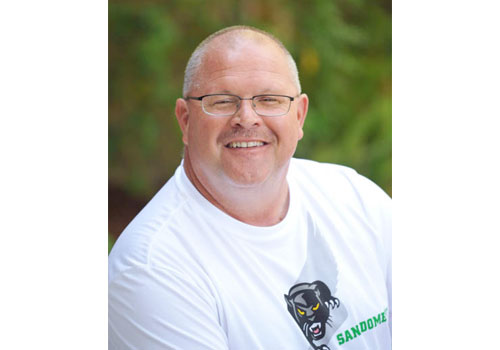 Mike Fulton’s first opportunity to coach a team came when he was still in seventh grade, when he worked with Jim Saia to coach a team made up of his female classmates. Little did Fulton know at the time that his contributions to girls basketball would eventually earn him a spot in the Marin Athletic Foundation Hall of Fame.

One of the toughest aspects of being a high school coach is finding time in and around a 40-hour work week.

It took Mike Fulton about 18 months with what he called a “real” job to figure this out as a young man, and he decided to do something about it.

“I didn’t really like it,” he said of the traditional workplace. “So I started helping my dad at Marin Academy. I loved it. That’s how I made a decision to coach. I’d work around my coaching, not the other way around.”

As seen on Yahoo.com

Coaching since he was in seventh grade and at San Domenico since 2005, this honor is certainly very well-deserved. In addition to Mike Fulton's current tenure at San Domenico, he has coached girls basketball at Terra Linda High School, The Branson School, and also led the College of Marin Women's Basketball program to the state playoffs on six out of his seven years as head coach.