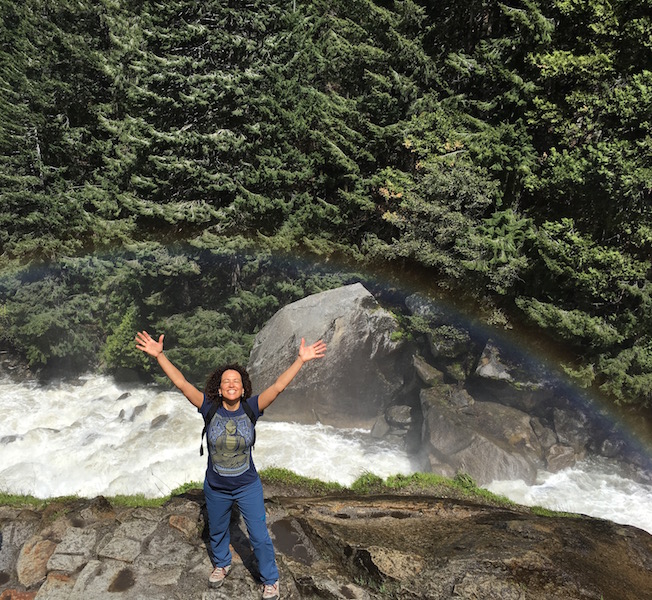 We've got so many cool people in our SD community and we thought you'd like to get to know some of them. Follow along at #FacesOfSD. Here, meet Kali Baird, Director of Education Technology!

MORE ON KALI
Kali Baird was born in New York City, and grew up in Sebastian, FL. She earned her B.S. from Florida Institute of Technology and her M.S. from Mississippi State University. Kali spent 21 years as a classroom teacher, spanning grades three to eight and several subjects. She first introduced technology into her Florida classroom in 2006. Soon after starting at San Domenico, as the sixth grade science teacher in 2010, the role of Middle School Technology Facilitator was added to her job description. In this role, Kali worked with the Director of IT, the Middle School Director, and the Technology Team to design and launch San Domenico's 1 to 1 iPad technology integration program in 2011. In 2014, Kali transitioned out of the classroom and was the K-8 Technology Lead and the Director of High School Advising. She has also had the opportunity to present Ed Tech at several, national Tech Conferences, such as ISTE, CUE, ETT, and our local, independent school conference, CAIS. Kali is a featured Common Sense Media Educator.

Today, Kali is the Director of Education Technology for grades K-12. She continues to support San Domenico's summer conference, iTeach, designs technology education and professional development for our teachers and parents, supports Digital Citizenship, and collaborates with the Tech Team to support SD's dynamic integration of technology on all levels.

“My favorite part of being a member of the San Domenico community is the strong feeling of family with a clear goal to not only educate our children but to also encourage and support their growth as amazing people!” - Kali Baird

For more, visit www.sandomenico.org/FacesOfSD or contact admissions@sandomenico.org.
Share to FacebookShare to TwitterShare to LinkedInShare to PinterestShare to EmailPrint this page