SD Singers Director Michael Mello recently joined forces with Satomi to perform Stephen Sondheim's "Losing My Mind”. Both student and teacher enjoyed a reminiscent encore, as Satomi and Mello performed this song together for her senior recital at SD.

The lasting influence of San Domenico’s natural beauty has been an inspiration to SD alumni for generations, encouraging sustainable living and environmental stewardship within communities long after graduation. A living embodiment of this influence is seen in alumna Satomi Hofmann Arnold ’90, actor, singer, musician, and sustainability advocate.

A theater graduate of UCLA, Satomi explains, “To this day, I have vivid memories of looking out on the stunning grounds of San Domenico: from the swaths of big, fat trees that surround the campus like a bear hug, to rolling hills stretching out like frozen, mossy waves in a storm…with that memory comes a burning, almost possessive desire to protect and preserve that lush green, those unspoiled trails, and the heady sensation that only nature can bring.”

Now performing in Broadway’s longest-running production, The Phantom of the Opera, Satomi is living out her commitment to sustainability as the show’s volunteer “Green Captain,” in collaboration with Broadway Green Alliance. Founded in 2008, Broadway Green Alliance’s mission is to educate, motivate, and inspire the theatre community and its patrons to adopt environmentally friendlier practices. As Green Captain, Satomi oversees several important projects. “Along with encouraging energy consciousness (lights out!), we collect for recycling and repurposing…plastic bags, batteries, program inserts, makeup containers, candy wrappers, textiles, paper, greeting cards, costumes, and more.” 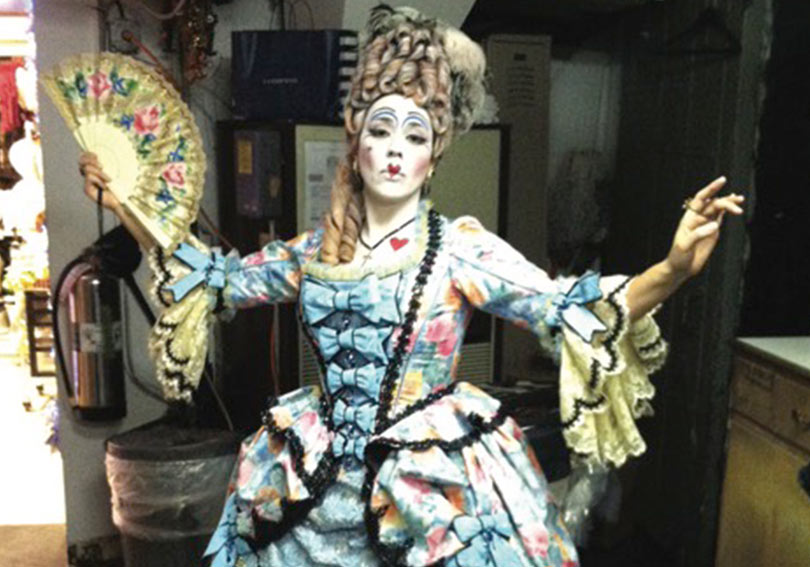 Satomi remains deeply connected and genuinely loyal to her Dominican roots. “San Domenico is a supportive arena for incredible types of growth, and I was inspired in that direction at every step of the way.” Her success on the stage and in film can be attributed to the inspiration of her teachers and the San Domenico community that nurtured her. “San Domenico instilled and fostered a guiding moral compass of integrity. As I think about my experience at SD I recall that all of my teachers were an example of that. I wanted to be my best because my teachers were being their best, which was mutually supportive. It was a safe place to call yourself out, which I believe breeds a different kind of human being when you have the freedom to fail. As a result, I feel that I succeed even further because a failure wasn’t seen as a failure . . . it was a stepping-stone.”

Satomi values the connectivity she still feels to the School that is such a foundational part of who she is today. “I stay connected to San Domenico because the School makes the effort to personally reach out to me. I still keep in touch with Faith France and see Sister Gervaise. We live in a world where everything is so fast-paced and we have a million things coming in with information overload, so when you have someone who is willing to meet you halfway you are going to do the same in return. San Domenico has never let me out of their heart!”

This bond that all of our alums undoubtedly share is one that Satomi continues to appreciate as she builds on her impressive career. “San Domenico alums live all over the world with an instilled sense of adventure to go out and experience life and push our personal borders.” We missed seeing you at Reunion this year, Satomi. We hope you will join us next year!