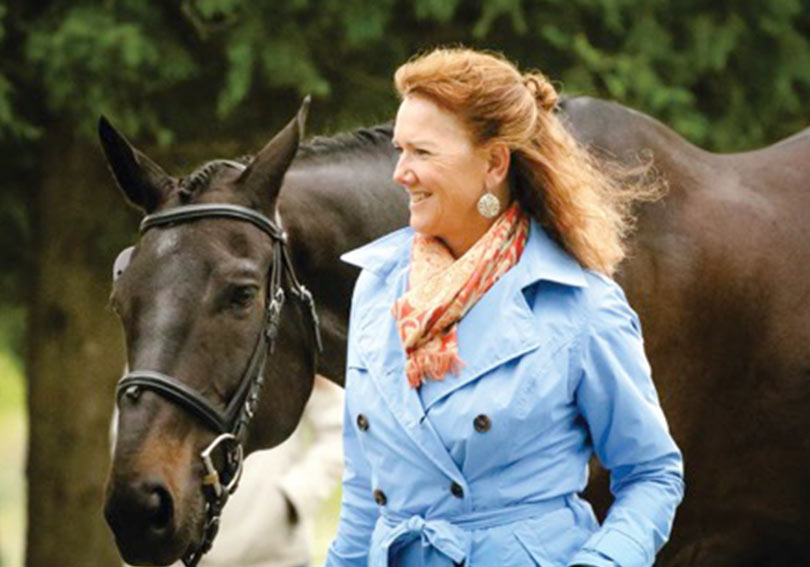 I recently had the great privilege of interviewing one of my fellow San Domenico alumna, Michele Williams Kuchta ’82. Now known as Mikki, she is an internationally ranked equestrian who has reached the highest levels of competition in the premier discipline of Three-Day Eventing. Mikki’s accomplishments put her in a very elite circle, both as an athlete and as a horsewoman. She credits San Domenico with readying her academically for her first career at University of California, Berkeley, and later as a physical therapist, but also notes that it was San Domenico’s Riding Program that “cleaned up her act” as a rider, setting her horsemanship and equitation on the right track for national acclaim and international recognition.

Today, Mikki divides her time between a home in the Hudson River Valley where her husband Dan is an IBM executive and engineer, and a horse farm in Aiken, South Carolina, which she runs with her business partner, her younger daughter Bridgette, also an accomplished national competitor in Three-Day Eventing. Mikki’s own training and that of, quite literally, a stable of young athletes and protégés occupy her time in both places.

Three-Day Eventing is the sport in which the horse and rider are asked to excel in stadium jumping, dressage, and cross-country jumping. Needless to say, having both the courage and physical stamina for all three disciplines is exceptional, but excelling on the national and international circuit is even more astounding.

Mikki came to San Domenico in the fall of 1977 for her eighth grade year and stayed through her Upper School graduation in 1982. She remembers the eighth grade teacher, Mrs. Costello, a venerable institution who reigned over the Lower School, and the eighth grade in particular, as the Grand Dame of Academics. She describes that first year as “academically challenging” because the expectations at San Domenico were more rigorous than she had experienced before. She also remembers making good friends, in particular: Karyn Gear, Erika Anderson, Susannah Mannell, and myself; Karyn and I were her riding buddies. We remember fondly the building of the first barn, and the improvements in the equestrian facilities in the early 1970s that made the full-time inclusion of equestrian sports at San Domenico a reality.

Mikki’s father allowed her to take riding as an elective that year, and she gradually came to realize that the love of horses she shared with so many girls her age was a larger calling. “Without the years of riding at San Domenico under the direction of Charlotte Peltz and Mary Schrader, San Domenico’s riding teachers, and some of the seminal experiences I had there,” reflects Mikki, “I very well may not have been launched on a life-long journey into the horse sport world where today, I train with and compete against Olympians and World Champions.” 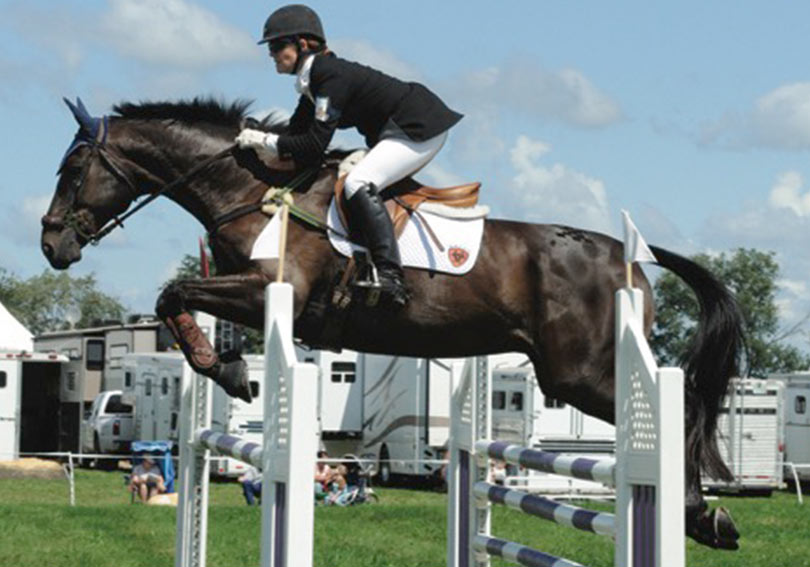 Outside of riding at San Domenico, Mikki sought other horse experiences. In 1980 she traveled to Fresno to compete in her first recognized event. Since then, among her long list of accomplishments are having one of her horses qualify for the Seoul Olympics, trying out for the Pan American Games last year, and riding in two Olympic qualifiers this year. In early September of this year, Mikki placed fourth in the nation at the American Eventing Championships in North Carolina.

Mikki has been instrumental in the formation of the Professional Rider’s Organization, a professional group with the aim of bringing more of the architecture of a working profession to the horse sport world.

Mikki has earned a place at the Kentucky Horse Park’s Annual Rolex Competition on several occasions, including most recently in the spring of 2016. She competes at the highest internationally recognized FEI level (*4) for which there are only six annual competitions world-wide.

Of all Mikki’s successes, she glows the most when she recounts the winning seasons of her young riding students. “I sent my first student to compete in the Junior Olympics in 2005. Since then I have sent seven students and two have won individual silver medals!” She was appointed coach of the Junior Olympic team for the New England Region of the United States in 2011. In 2015 she sent students to the Junior Olympics where four individual gold medals were garnered and an overall place of fourth was secured for her team.

When San Domenico implemented a riding program back in the 1970s they didn’t know they would one day have a success story such as Mikki Kuchta, but they knew what working with horses teaches students about life: responsibility, confidence, and perspective. Mikki likes to share the adage she learned a long time ago, “Experience is what you learn ten seconds after you needed it.” Faced with some pretty catastrophic “wipe outs” as an ever-present hazard of her profession, Mikki is sanguine. In spite of several bad falls and injuries, she has pluck and embodies the energy that breeds success in any endeavor. She pointed out that if you are smart and work hard, you can apply that “experience gained ten seconds after you needed it” the next time, and you may find yourself steadily climbing the ladder of accomplishment, in her case, right into the company of the world’s best.