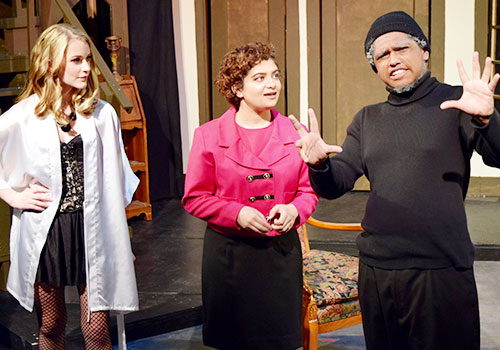 Congratulations, cast of "Noises Off"! This chaotic play-within-a-play was brought to life by nine talented SD high schoolers. Michael Frayn’s farce recounts the misadventures of the cast of "Nothing On," as they strive to perform their play, navigate complicated relationships, and remember the sardines!