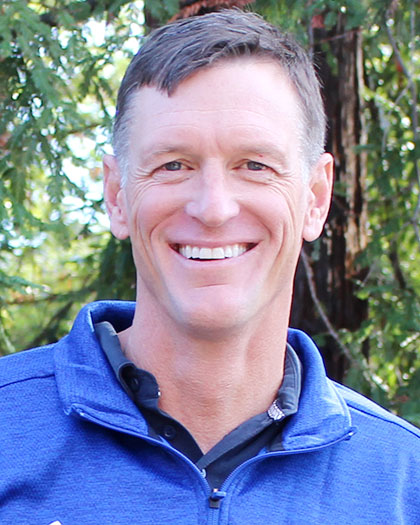 
An All-American water polo player, Mark has been coaching both swimming and water polo in Marin County for over 30 years. He is the Head Coach of the 25-time Marin Swim League Champions Sleepy Hollow Swim Team, and also serves as the Co-Head Coach and founder of SHAQ Water Polo Club. Before joining San Domenico, Mark led the Drake High School Water Polo team to seven MCAL Championships, and in 2017 and 2018, 36 of Mark’s athletes went on to play for Division I colleges and universities. In 2014, Mark was inducted into the Marin County Athletic League Hall of Fame for Coaching, and was recognized not only for his history of success at building programs, but also for his strong commitment to building community. Mark’s focus is always on the overall health and well-being of his athletes. “We don’t talk about winning,” he is often heard saying to athletes and parents. “We talk about taking care of the kids by showing them what hard work, accountability, dedication, good sportsmanship, and team unity look like, and the winning often comes out of that.”

Coach Anderson and his wife Julie both grew up in Marin and are local residents of Sleepy Hollow.