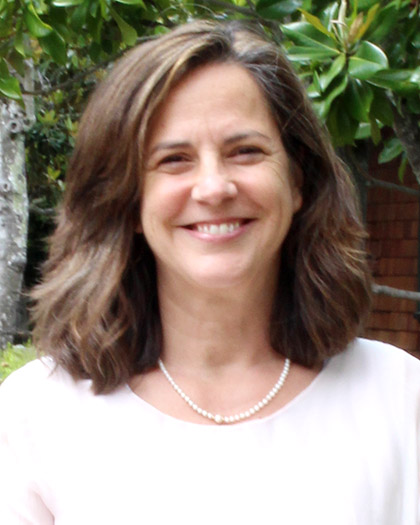 
LeaAnne Parlette grew up in a small town in Oregon as the fourth child in a family of six. She attended the University of Oregon, and upon graduation, she moved to Menlo Park, where she was employed as a nanny. During this time, LeaAnne was offered the opportunity to work as an assistant teacher in a local school and began to understand, then, that she would like to pursue teaching as a career. She was employed at Town School for Boys in San Francisco as an intern teacher in Kindergarten, and then fourth grade, while taking courses for her multiple subject teaching credential at San Francisco State University. LeaAnne then spent two years at St. Matthew's Episcopal Day School in San Mateo as a fourth grade teacher. In 1996, she began her career at Katherine Delmar Burke School as a third grade teacher and, after five years, moved into the fourth grade. LeaAnne saw that the students and teachers at Burke's could benefit from an intern program like that which she experienced at Town School, so in 1998 she brought such a program to Burke's with the permission and guidance of the head of lower school. She loved her teaching experience at Burke's, yet enjoyed mentoring young educators, which led her to pursue her passion as an administrator. LeaAnne's first full-time administrative position was at St. Matthew's Episcopal Day School where she served as assistant head of school for four years. When LeaAnne heard about the Lower School Director opening at San Domenico, she decided to find out if it was a fit for her, as she knew it to be a warm, welcoming, growth-minded community of educators and administrators. LeaAnne began working in our Lower School in July 2015. She is so happy that she did!

“My favorite part of being a member of the San Domenico community is that everyone is welcoming and kind-hearted, and the students are bright and filled with curiosity!”